Working with singers at the Naked Voice Institute, Northwestern University 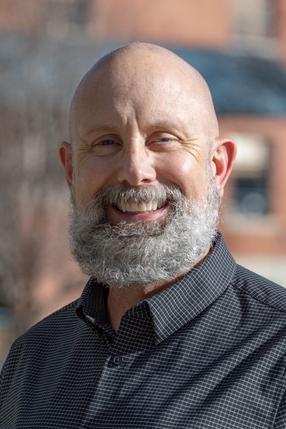 After graduate school, Roberts followed an apprenticeship at Des Moines Metro Opera, by accepting an engagement in Basel, Switzerland to be part of the Swiss premier cast of Lloyd Webber’s das Phantom der Oper. This production remains to date, the only dual language production of the show, given six times a week in German and twice in English. Phantom led to many other opportunities throughout Europe in stage and television, including starring as Beast in the German production of Disney’s Beauty and the Beast (die Schöne und das Biest), a role Roberts performed over 500 times. Altogether, throughout the US and Europe, Roberts sang over 30 roles in musical theater including Tony in West Side Story and Snoopy in You’re a Good Man Charlie Brown, and 20 roles in opera including Basilio in Le Nozze di Figaro, Normano in Lucia di Lammermoor and Bardolfo in Falstaff. His students have been seen in US touring productions including Billy Elliot, European productions including Cabaret, Little Shop of Horrors and Miss Saigon, and on the West End in London - The King and I.

Roberts returns to Boulder Opera in the spring of 2022 to stage Il Trovatore, and is a regular guest director at festivals and universities throughout the US. From 2012 to 2019, he served as scenes director and acting teacher on the faculty of the Naked Voice Institute at Northwestern University’s Bienen School of Music. Roberts lives in Colorado with his wife Gwen and their three sons Jake, Mitchell and Jeremiah.